Everyone’s personal values and attitudes are shaped by their family, community and significant events (wars, violence, technology, politics, finance etc.) in their world as they are growing up. The academic world has created a model to review, compare and contrast people born within certain time frames and has developed the “Generation Theory” which links world events with changes in the attitudes and values of the general public.

The academic world has created a model to review, compare and contrast people born within certain time frames and has developed the “Generation Theory” which links world events with changes in the attitudes and values of the general public. 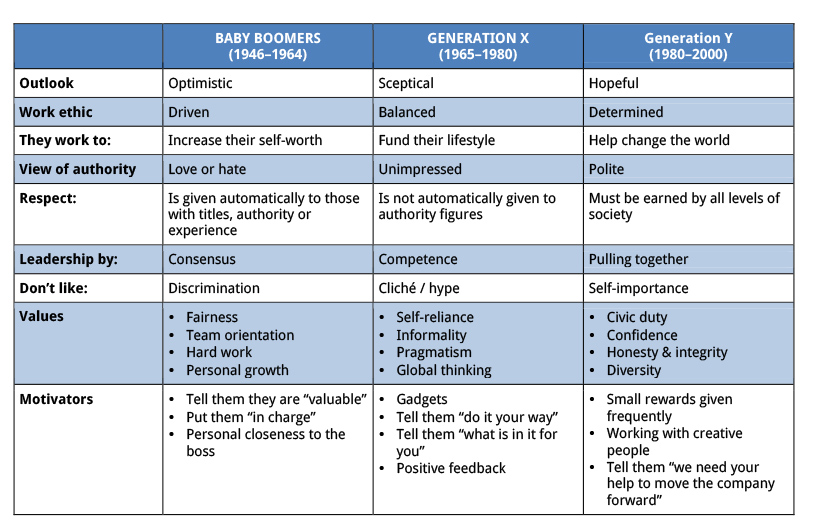 Baby Boomers are the children of parents that survived 2 World Wars and a long period of economic depression. Their parents worked hard to give them all the things they had not had, in a time of great positive social and scientific change. The recognition that previous generations had sacrificed so much drove baby boomers to prove themselves in the business world, rather than on the battle-field. As they moved into management positions, they worked long, hard hours to create the growth and expansion of organisations that typifies the 70s and 80s.

With their workaholic parents out at work and increasing divorce rates, Generation X were left to themselves to find their own solutions to problems. The first acts of global terrorism (e.g. Munich Olympics), environmental disasters (e.g. Bhopal, Chernobyl), a growing number of political scandals (e.g. Iran – Contra) and the shrinking job market as the boom times ended, created a generation that was sceptical about the “old world order”. Desktop computers became common in the 1980s and Generation X seized this as their opportunity to do things differently. They studied new subjects at university (e.g. computer science, programming) which meant that they could enter the business world with skills that previous generations hadn’t had and make a big difference. As the front runners of the IT world and the first “digital natives”, their bosses were forced to accept Generation X’s casual approach to authority and their insistence that things had to be done differently.

Like the baby boomers, Generation Y have grown up in a time of affluence and rapid social change. However, they are the first generation whose parents planned to have them (contraception, maternity leave etc.), who wanted to be “friends” with them (sharing music, activities, decision making etc.) and allowed them to have the longest teenage to adult phase ever. Generation Y saw their parents work long hours to earn money, to buy things they didn’t need, to impress people they didn’t like and have come to realise that free time is more valuable than money. Technology is as natural as air to this generation. They have grown up in a world that has given them instant communication (mobile phones) and access to information at anytime, anywhere. Their world view is truly global and their approach to business reflects this.

And now Generation Y are entering the upper levels of management in our organisations and are known as “millennials”.

What are the challenges for the older generations?

But having said all that, like every generation, they still need:

Bruce Tulgan, 2009: Not everyone gets a trophy: How to manage generation Y.
Zemke, Raines, Filipczak, 2000: Generations at work: Managing the clash of veterans, boomers, Xers and Nexters in your workplace. 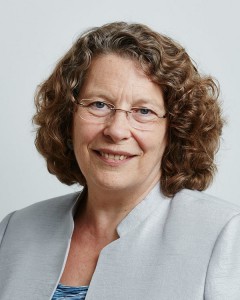 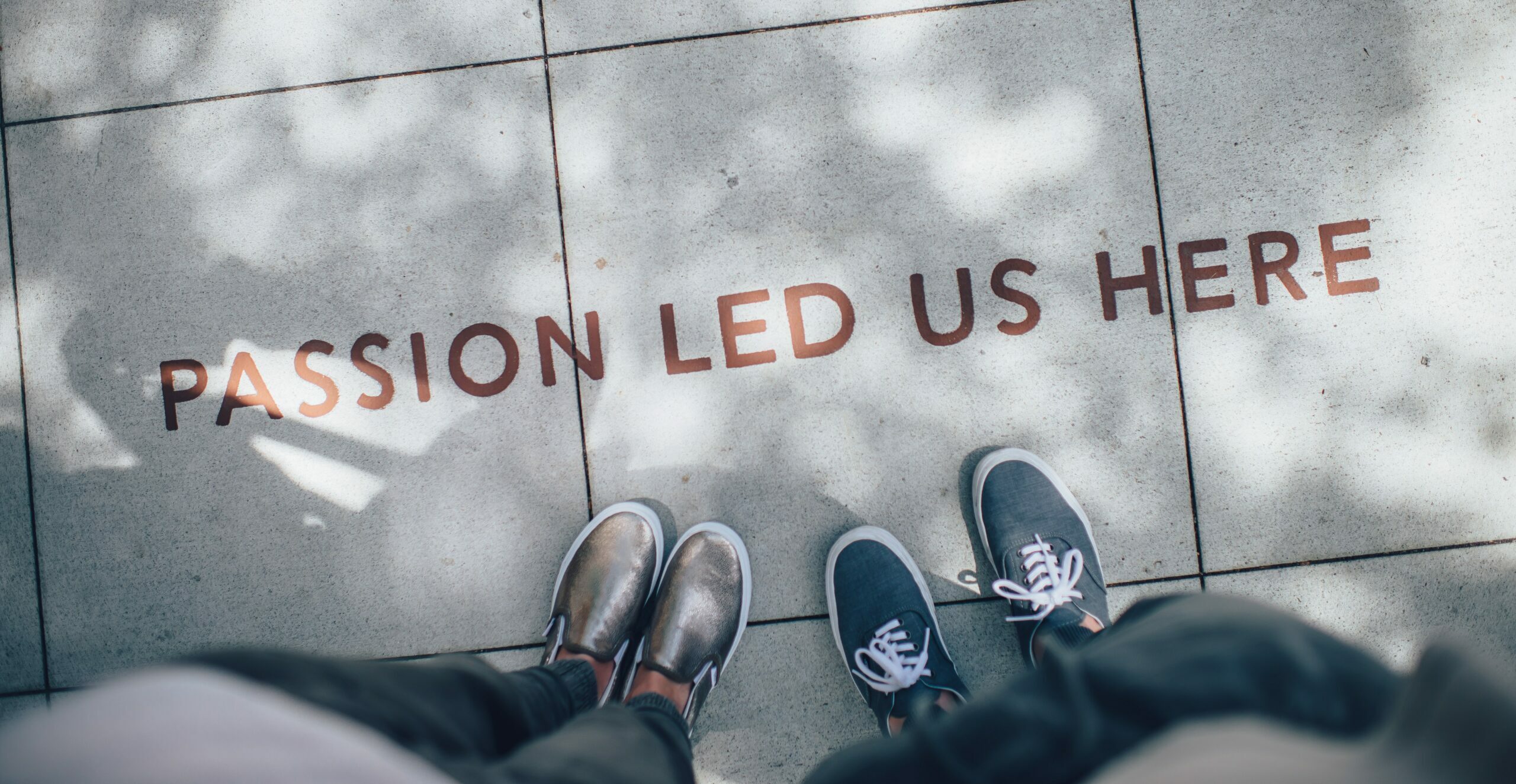 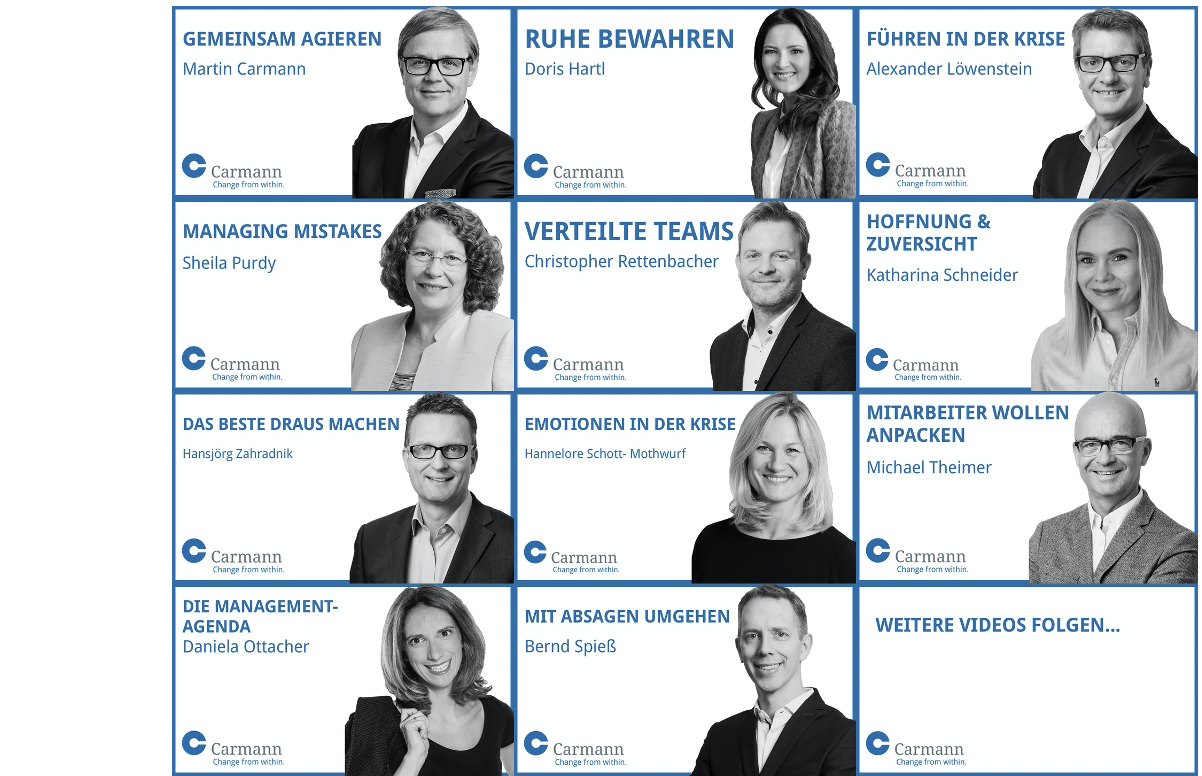